All year round, the cows had to be milked twice a day, at 7:00 a.m. before breakfast and school, and at the end of the day. It was first the responsibility of the girls. When the boys were old enough, they took over.

The cows were assigned to Françoise, Denise, Suzanne, Marie and Céline. Colette really tried, but this job just wasn’t for her. Each cow had her own name — for example, Bisette, Coquine and Catherinette, to name but a few.

You had to hold the cow’s tail when you milked her to avoid getting hit in the face.  “Sometimes the tail dragged in the dung, which wasn’t much fun,” says Céline, who developed a technique for wedging the tail behind her knees.

They sang while milking the cows. Denise was considered the family’s best milker. It was her father who paid her that compliment, which pleased her greatly. She still has fond memories of her mornings spent with the cows. 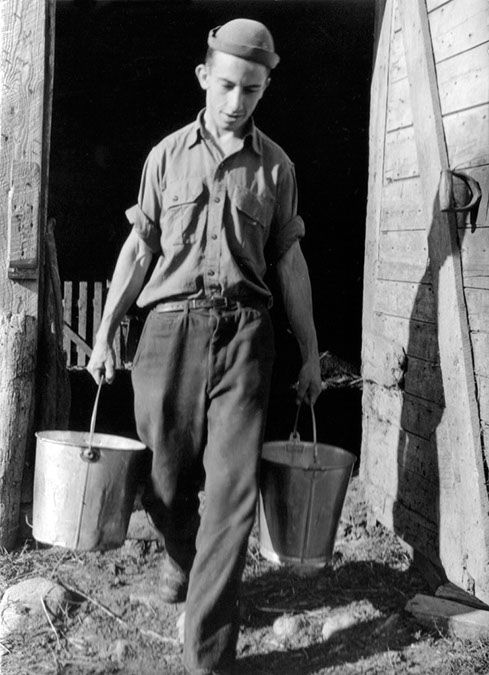 Jean leaves the stable with his buckets of milk. 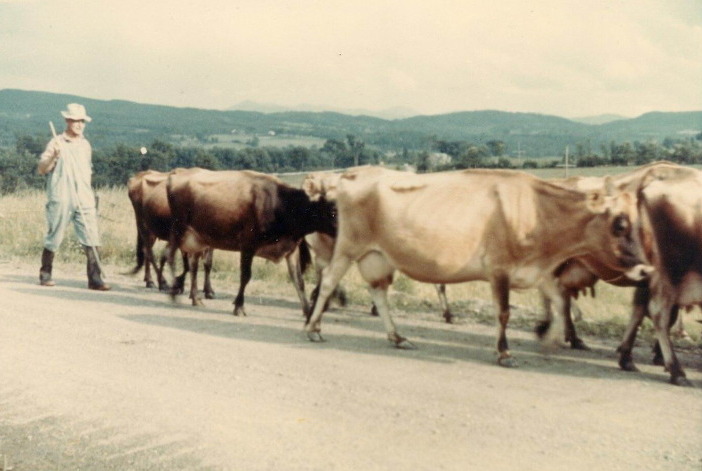 Alfred leads his herd to the fields.