Stories of the Wars

Many men from Sutton fought in the two World Wars of the twentieth century. The Commemorative Park on Maple St is dedicated to these brave men. 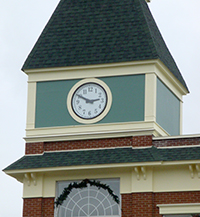 The clock on the Town Hall was also purchased in their memory. The funds needed to buy the clock were collected over a period of 20 years by The Sutton Junior Girls’ Institute, the forerunner of the Sutton Women’s Institute. The clock was finally installed in the fall of 1949, along with a commemorative plaque naming the men who died while fighting during those two World Wars.

This commemorative plaque honours George M. Westover, whom we have been unable to trace, but does not mention Leland Stanford Westover, 18 years old, whose name is written on the Vimy Memorial and whose gravestone stands in Grace Church cemetery (R6.6). As for Valentine Patman who died in 1920, most likely from wounds he received during the war, we know about him from his employer, the CIBC.

One hundred years ago we were in the middle of this war in which 150 Sutton men fought and where 25 lost their lives. 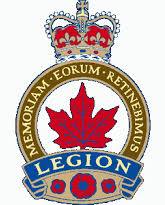 The Canadian Legion of Sutton, section 158, and Héritage Sutton, together pay tribute to them. On Remembrance Day, November 11th of each year, the Legion pays tribute to those who died exactly one hundred years ago. In 2015 it was Gordon Cook, Joseph Hall, and George Whitford. In 2016 John Dalton, Norman Macdonald and George Westover were remembered by our current Sutton residents.

For its part, Héritage Sutton is publishing on its website a dossier called Histoires de guerres/ Stories of the Wars. Jocelyn Vachon’s essay is called A Hundred Years Ago, The Great War began. It describes the state of services for young people in Sutton and Abercorn who had served in the war.

Read the article by Jocelyn Vachon: A Hundred Years Ago, The Great War began. ( 5 Mb).

The Honour Roll/Tableau d’honneur names the men who lost their lives. ( 89 Kb). 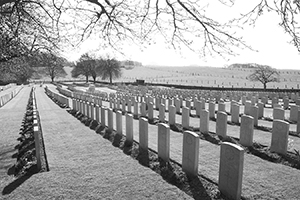 Lapugnoy Cemetery near Vimy, France where William Stanistreet was laid to rest. He was born in Liverpool. 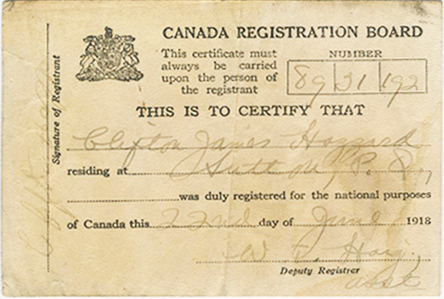 Attached are excerpts from correspondence exchanged ( 2 Mb) between those fighting overseas and those who awaited them here, excerpts first published in History Sketchbook #25.

Jocelyn Vachon has also written monographs on Captain Royce Coleman Dyer who died in Russia (Sutton History Sketchbooks no.5); and on Brigadier-general Dennis C. Draper (sketchbooks no.9 and no.10.)

War broke out again in 1939. Again men from Sutton left for the front; their stories should be told. It is now hard to find someone who actively took part, but we have been able to gather the testimonies of two of them. 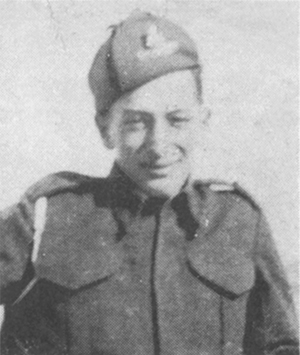 Some of them, of course, were never able to tell us what happened: 20 men and one woman from Sutton died in World War II.

Research still needs to be made in military archives for more information. Notably, some families like the Bowdens, Crowells, Dyers and MacDonalds were particularly hard hit, losing two or three family members in the two war periods. 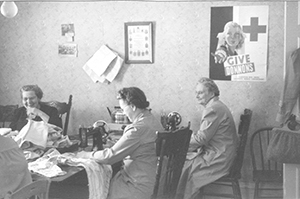 The text, Living the War in Sutton ( 143 Kb), describes the impact of the second world war as described by residents of Sutton.

The remains of the Sutton men who died fighting in World War I stayed overseas. The government of Canada did not repatriate the remains of its soldiers. Their names can be read on the memorials in Europe. (See the Honour Roll of WWI) The majority also have a gravestone in various cemeteries in Sutton, as do seven of the victims of WWII.

Veterans may also opt to be buried in the Legion cemetery. This part of the Fairmount Cemetery is identified by a central monument encircled by small commemorative plaques. 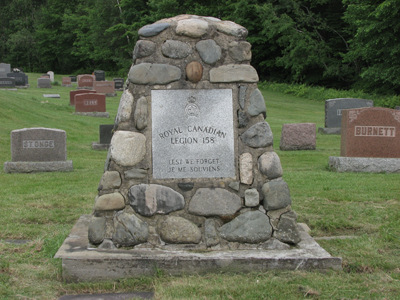 This burial site is still active as the last burial took place in 2009. Two other names are already engraved on stones as a choice for future burial. Of the 39 tombstones here, 14 carry the names of the married couple, making a total of 53 persons. Four of the 14 women were also in the armed forces. Several lists of names are currently in circulation concerning the burials in the Legion Cemetery. Their reconciliation is proving difficult. The following table gives the names of those whose gravestones we have found.

Gaétan Mireault, who fought in Italy, and was the subject of an article by Jocelyn Vachon in History Sketchbook #17 was buried in St. André’s cemetery in 1977. He is surely not the only veteran to be buried in this cemetery, but the parish registers do not provide the information needed to identify them.

Soldiers of the 19th Century 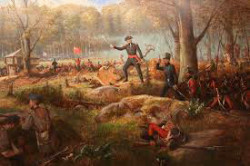 Sutton’s military history does not begin with the wars of the 20th century. Before Canada had a regular army and participated in British Empire Wars (Boer war, WWI and II, and Korea) men able to bear arms served in militias. In a township such as Sutton, the main purpose of a militia was to defend the border with the USA.

During the War of 1812, the Sutton militia joined forces with those of Potton, Brome, Stukeley, Shefford in the Second Townships Battalion which was commanded by Lieutenant Colonel Henry Ruiter. Five members of the Sutton Militia have been identified: Captains Alexander Griggs and John Pickle, Lieutenants Ephraim Hawley and Thomas Shepherd, and Ensign John Smith.

During the Rebellion in 1837-1838 the Quebec Patriotes were aware that the Americans were sympathetic to their cause and formed a secret society called Frères Chasseurs (Hunters’ Lodges). These were active on both sides of the border. Counted on to protect the border were The Missisquoi Borderers and the Missisquoi Loyal Volunteers among them Sutton Township men as it belonged to Missisquoi County. 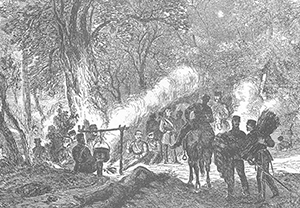 The border was again on alert in 1866 and 1870 when the pro-Irish group called the Fenians twice tried to invade Canada from Vermont.

Two militia companies were formed in Sutton Township. In all, 19 officers and lower-rank officers and 65 soldiers were enrolled. Twelve of them were still alive in 1902 and each received a medal to commemorate their efforts against the Fenians. 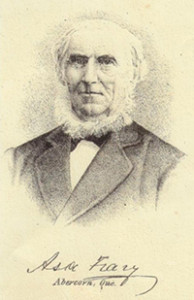 Here are the names of the active militia men ( 1 Mb) active in 1870. Their names were found in a handwritten register held in the archives of the Brome County Historical Society.