The John-Sleeth Centre: State of play

It is not only today that the population of Sutton, and more specifically the cultural community, is questioning the need for a cultural and community center worthy of the name.

The reflection was particularly intense between 2008 and 2012 and led to the filing of several reports that were probably kept in the City archives but which were not followed up¹.

None of these reports called for the demolition of the John Sleeth Centre. Rather, it was recommended that it be renovated – and in the immediate term, properly maintained – or even expanded with a rear addition. It was also suggested that the City partner with Salle Alec and Gérard Pelletier to provide Sutton with a performing arts venues.

The heritage character of the building, which housed the Sutton Academy for some 75 years, underpinned the recommendations of these various reports. 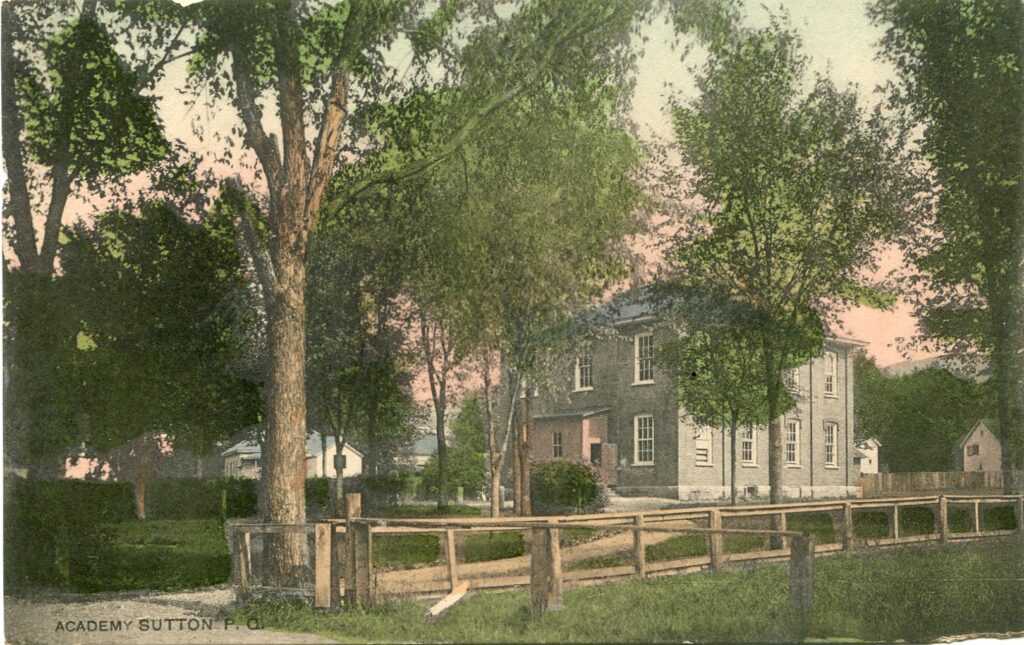 Occupation history of the building

The Sutton Academy, which began construction in 1885, welcomed its first students in 1887. They were leaving the second floor of City Hall, which the High School Committee had rented in 1862 to provide a high school education for the youth of Sutton.

Originally named Sutton Model School, the new school, which was both an elementary and secondary school, was renamed Sutton Academy six years later.

In 1922, three new classrooms were added to the building as well as a library and a dining room. This addition, a mirror image of the original architecture, doubled the capacity of the building.

The construction of a new English-language school on Highland in 1955 freed up the old Academy, which had been renamed Sutton High School. The Davignon Catholic School Board purchased it and converted it into a French-language elementary school, Ave Maria School.

Since 1986,the Francophone and Anglophone communities have shared the same elementary school on Highland. The former Academy changed its academic vocation for a community vocation. It became the John-Sleeth Centre and now houses the Bibliothèque Sutton Library, the Maison des Jeunes Le Spot, the Volunteer Centre, a kindergarten and the Arts Sutton Gallery in a gymnasium attached to the original building and probably built around 1960.

An inventory of the built heritage of the village core was carried out by the firm Patri-Arch. Even if we do not have a copy, we know that the John-Sleeth Centre has a Good heritage value, which does not qualify for Ministry of Culture support programs that require the top rating of Superior.

This in no way diminishes the role of the former Academy in the history of Sutton and for its English-speaking population, the importance of its location in the heart of the village core, of which it has been one of the flagship buildings for over 135 years, and the quality of its original architecture; indeed, when the addition of the gymnasium is removed, a perfectly proportioned building of classical construction appears.

What we don’t know

Some Information has been provided on a confidential basis to current tenants of the John-Sleeth Centre who have been advised that they must vacate the premises by September 21, 2021.

There is talk of a temporary relocation without saying what future is envisaged for the building: demolition and replacement, renovation, expansion?

There has been no formal public consultation with the people of Sutton and none has been announced to date.

Rightly so, more and more voices are being heard to:

Back to the News
×
Scroll To Top